Want to know the history of unicorns? Well just tag along and you’ll know it. We will start with the most ancient depiction of this imaginary creature. It goes back to the start of the Indus 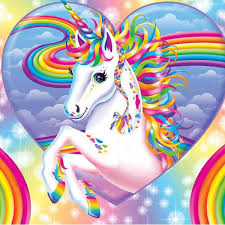 Valley civilization; seals were a major way of depicting unicorns. You will be surprised to know that most of the times unicorns were interpreted to be a representation of Aurochs, which is actually a huge cattle found I the regions of Europe, North Africa, and Asia. People also used to say that if not an Aurochs then it is surely something similar to aurochs since it was said that there must be another horn. Although! It is always shown in high profile but never really seen.

Talking about Greek Mythology, well! It does not really mention anything about the presence or existence of unicorns. But, a mention is definitely made in the accounts related to the natural history. You might not be aware of the fact that although the Greek mythology did not mention this the Greek writers had a strong belief in this existence of unicorns in real life. The writers believed that the unicorns lived in the Indian region, which served as a fabulous realm.

Fun fact! There is a unicorn seal of Indus valley civilization, which one can find in the museum of India. Apart from that, there is a huge gilt statue of a unicorn in the city hall of Bristol. All these depictions of unicorns which are made while making use of a seal, statues, drawings are given huge regard by people and are considered to be quite high in the social ranking.
So! Whenever you have any queries regarding the history of unicorns then just skim through this piece of writing. Good luck!