There is no doubt about the fact that the numbers of myths which prevail about unicorns, in the current era, are numerous. You might have heard at least a dozen of them. Do you ever feel 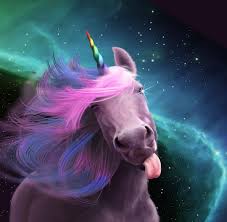 like they tend to develop confusion with regard to the existence of unicorns? Well! If you do, it is completely normal.
Whenever someone says the word unicorn, certain images begin to pop up in everyone’s mind. They range from the blurred image of a beautiful white horse to giant manes with a huge horn emerging from its forehead. The fun thing is that this is just the most generic form of depiction which is mostly used. The stories and myths about unicorns cater to all the cultural diversities and changes which have taken place over the years. So! What needs to be understood here is that the most famous resemblance takes you to the depiction made in the storybooks of children in the US.

You will be surprised to know that, most enthusiasts say that the unicorns took their way to the sea in order to save themselves from the wrath of the hunters, isn’t that sad!. Moving on, during its stay in the water world it had to devise a way for its survival. Therefore, it evolved into a whale-like creature namely narwhal, still sticking to its unique horn. That is so cool!
Fun fact! The horns of the narwhal were sold in the medieval era; salesmen claimed that these were unicorn horns.

Nowadays, all around you, you will notice how common the mention of unicorns has become. It is now considered to be an integral part of the modern culture, which is depicted through stories and books. You all must be aware of the trend of memes; well unicorn mythology has temporarily taken the shape of memes. These come as an influential cultural development.
All these myths are traveling around the world through social media, making its way into the minds of people. Everyone has a different story to tell. For more Unicorn stuff visit Dreaming Unicorns