What Is A Unicorn?

What Is A Unicorn?

However, if you read Pliny the Elder’s encyclopedia, Natural History, you’ll also find out that a unicorn is “the fiercest animal.” And there is more! “It has the body of a horse, the head of a stag, 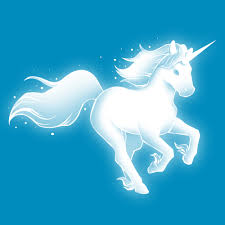 the feet of an elephant, the tail of a boar, and a single black horn three feet long in the middle of its forehead,” Pliny continued.

How about that? Have you seen such a unicorn before? We didn’t think so either. We know about the kind, gentle, magnificent unicorns with starry eyes and magical powers! And we sure don’t want to see Pliny’s creature. Some say unicorns can fly, others believe their horn can heal – but we like our unicorns with their horns attached to them!

In the 4th century BCE, the Greek doctor Ctesias tells the world he found a “wild ass” with a single horn roaming through Persia. He describes the creature as having a white body, redhead, blue eyes, and, more impressively, a multicolored horn. No one is really sure if Ctesias actually saw that creature, but scientists are inclined to believe that what he talked about was really a rhinoceros. Nevertheless, unicorns have fascinated humanity since almost the beginning of time and our fun unicorns are an ode to them!