Since unicorns are magical creatures, they can speak and understand any language on Earth. And who knows, they might even speak alien languages too. Unicorns have the capability to understand human languages and, if you are pure at heart, you’ll find it easier to have a conversation with them and ask them everything you wanted to know about them.

However, unicorns have their own language too, a universal language spoken by all the unicorns in the world. Humans can’t learn their language because our ears can’t capture their language’s sounds and our vocal cords don’t have the ability to replicate them. Their words are on a vibration level impossible for us to perceive.

Don’t be sad though! Unicorns will adjust their language skills according to the region where they live together with their families. So, if you live in the US and meet a unicorn (lucky you!), they will certainly be able to say “Hello!” and speak English with you. The same thing applies to every country. If you want to have more chances to encounter and have a conversation with a unicorn, you should find an enchanted forest nearby. They love to spend their time close to waters, surrounded by the magical forces of nature. Or just check them out here! 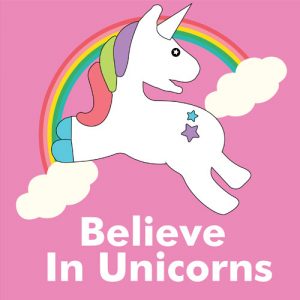 January 23, 2020 / 671
What Powers Do Unicorns Have? Well, magical, of course! Unicorns have so many powers that they can easily compete with fairies, genies, and witches. The... Continue reading